A description of the day in their own words (from their Facebook page):

Act the science facts!
Dramatics, a tool become a laboratory for exploring science facts. The children & young people engaged in acting out the elements from the evolution of human species to the current issues of Tamil Nadu. IV to IX std with volunteer directors tied them up with facts and stories from the books in our library.
Surya & Srinath team’s screenplay on “Deadly results of deforestation,methane & Hydrocarbon projects”,
Vignesh & Wasim team’s dramatization on “Ayisha”- a book based on science fiction
Sudha’s dramatic art on “Solar Family”,
Jency’s “Save our Earth”,
James’s “Natural Disasters”,
Muthaiya’s “Evolution of Human species”,
Madhan’s “Newton’s Law in everyday life” — were analyzed and showed up to their peer groups. The National Science Day ended up with non-stop appreciation and applause for the Madurai Seed volunteer directors and students!!
Congrats to all of them!! 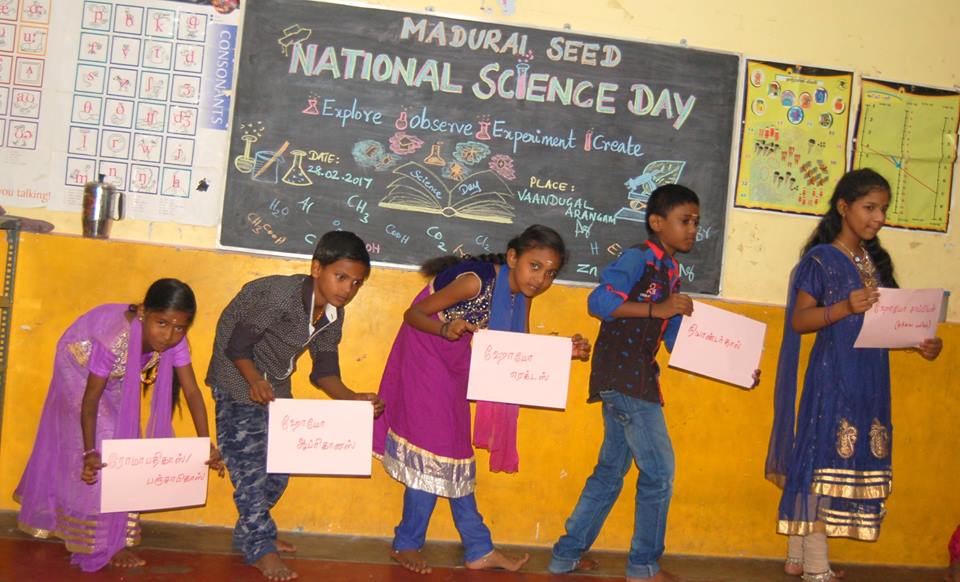